Did you know that what started in an effort to have one day of recognition for the contributions of Native Americans to the growth and establishment of the United States, ended up in an entire month being dedicated to that purpose? In 1915, an Arapahoe man named Reverend Sherman Coolidge, after working together with the American Indian Association, issued a proclamation that the second Saturday of each May should be designate as "American Indian Day." This proclamation also contained the first appeal for Indians to be recognized as citizens. 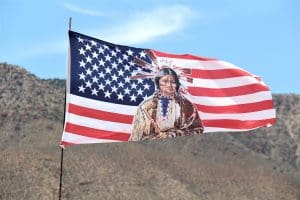 Pinterest board, opens a new window of resources and items from the Library of Congress collections.

American Indian records, opens a new window in the National Archives for research on family members, tribes, treaties and more. 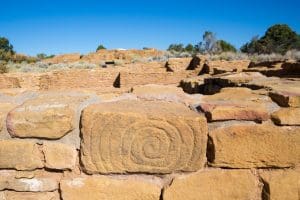 Native Americans have a rich history in Colorado. In fact, Arapahoe County was named after the Arapaho Indians who, along with the Cheyenne, occupied most of Colorado when it was only a territory.

Learn more about the Arapaho and other Native American tribes in Colorado.

Discover Native Colorado and all the remarkable places you can visit in our state.

At the Denver Museum of Nature & Science, you can experience the diversity among Native American groups by visiting the North American Indian Cultures, opens a new window exhibit. (Get your free museum pass).

Each year, the Denver March Powwow, opens a new window features dancing, singling, storytelling, food and art from close to 100 tribes in the US and Canada.