The Mother of Science Fiction

Mary Wollstonecraft Shelley was born on August 30, 1797. She is an author, most famous for her book, Frankenstein; or The Modern Prometheus. 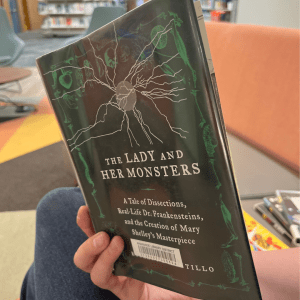 She was only 18-years-old when we wrote the book that would become the first science fiction book. She married philosopher Percy Bysshe Shelley and was the daughter of famous romantic philosopher, Mary Wollstonecraft.

There was speculation that Shelley's husband wrote more of the classic novel than originally thought, but in recent years, it has been noted that Percy Bysshe Shelley was nothing more than an editor, and barely one at that when it came to the writing of Frankenstein.

Shelley was mother to one surviving son, Percy Florence Shelley. Additionally, she wrote other novels including Valperga: Or, the Life and Adventures of Castruccio, Prince of Lucca, The Last Man, The Fortunes of Perkin Warbeck, A Romance, Lodore, Falkner. A Novel, and Mathilda. However, Frankenstein remains her most popular and well-known piece of writing.

A list of non-fiction books for adults and children about the woman who created the science fiction genre. 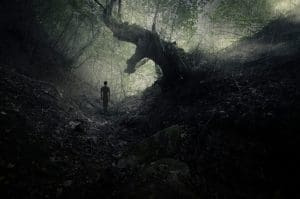 Gothic fiction or gothic horror is a type of literary fiction that features fear, hauntings and often supernatural elements. It was born from romanticism that was an 18th century artistic movement in England.

Frankenstein was not the first, nor was it the last, gothic novel of the period. The genre was expansive and very popular especially with female readers. The influence of the genre continues today in many modern works such as Mexican Gothic by Silvia Moreno-Garcia, The Essex Serpent by Sarah Perry and Once Upon a River by Diane Setterfield. However, the best way to learn about gothic fiction is to read the original sources, still printed and available today.

These are other gothic novels of the time, with similar writing styles and helped create literature as we know it today.

The Influence in Modern Media 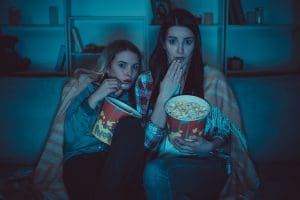 It is undeniable that Mary Shelley's Frankenstein; Or The Modern Prometheus has had heavy influence on media and pop culture. It has been adapted into over 70 films and numerous books and television shows. Frankenstein's monster is known as one of the most iconic and classic monsters in all of horror, a legend that has literally stood the test of time. Explore the legacy of Mary Shelley and her novel by reading and/or watching the following retellings and adaptations.

Try some of these new takes on Mary Shelley's genre-defining novel, Frankenstein.

A list of movies featuring Frankenstein in one form or another.